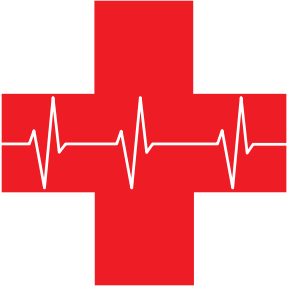 In the news this week (see here) I learnt that the NHS in Cheshire and Merseyside are spending £300,000 on fees to Pricewaterhouse Coopers (PwC) to cut frontline services.  There have been many similar stories up and down the country.

I’m well aware that, thanks to wonder drugs like statins etc, we’re all living longer.  As a result costs for healthcare are increasing. However I’m getting concerned about how much money is being spent in the wrong areas.

Take the Stafford Hospital scandal for instance. I’m a big believer in a NATIONAL Health Service and wonder how much money has been wasted setting up NHS foundation trusts?  Stafford Nurses at Stafford were struck off for falsifying information to avoid breaches of targets.  Why would any nurse want to do this?  I suspect pressure was put on them by managers and their accountants.  Some services were transferred elsewhere, which may have saved that hospital costs – but may  not help the NHS as a whole, if the costs simply go to another centre.

There seems to be an increasing emphasis in paying highly paid people to run our hospitals as businesses, rather than trained healthcare professionals looking at preventing ill health.

I’m very proud of our NHS, and accept that I may have to pay more for it in the future. I’m fed up with politicians (and others) meddling with it.  If I’m seriously ill I want a consultant with medical qualifications looking after me, not a consultant who’s an expert on Balance Sheets and Net Worth.

Today I heard here that a nurse took her own life after becoming stressed from work.  I hope that even the accountants will realise that that is a cost that is too high.

There’s been a lot in the press about obesity and health recently, with an NHS body controversially proposing to restrict obese patients (and smokers) from non-emergency surgery.  It made me think why would so many people get themselves into such a state.

The NHS recommends added sugar should not make up more than 5% of the total energy we get from food and drink each day.  However the National Diet and Nutrition Survey tells us that we are having far too much. Children aged 11 to 18 years are getting 15% of their daily calories from added sugar!

We’re not eating enough fruit and vegetables – over half of us intend to eat five a day, but only 14% regularly eat the rcommended five a day (see here).

What are the consequences of this?  Diabetes is thought to cost the NHS about £10bn, once the cost of treatment, including amputation and hospitalisations for life-threatening hypoglycaemic attacks, is included.

Obesity is a major cause of heart disease.   Three-quarters of people are unaware being overweight increases the risk of developing 10 different types of cancer, Cancer Research UK has said.

This article in the Guardian tells us there are now one million morbidly obese people in Britain. Trends suggest that without effective intervention nine out of 10 adults, and six out of 10 children, will be overweight or obese by 2050.

Who’s fault is this?  It’s easy to say it’s the fault of individuals who are eating a bad diet and too many calories – but people who are eating healthily are becoming a minority.

If cookery was taught in an engaging way in our schools, it would be also be a great way of improving the skills of our children.

As a small child I gained numeracy skills whilst I learnt about weights and ratios, whilst baking with my mother. I had an introduction to biology, when dealing with poultry giblets (which sadly typically are no longer included – as people prefer to buy more expensive pâté).  I already knew about acids and alkalis when I did chemistry because I’d made cakes and used baking powder, or mixed bicarbonate of soda with lemon juice and vinegar.

I also learnt about home economics – food waste was minimal in our house, and dishes made with left overs were some of my favourites.

Today families rarely cook together, but the country watches cookery programmes like MasterChef whilst eating a microwave ready meal on their lap, or munching a bag of crisps.

Politicians and the Food Industry

The food industry must take a lot of the blame.  It’s highly profitable to sell fat, flour, salt and sugar (with artificial flavouring and colouring to help disguise what you are doing).

For too long the food industry has had too much influence on our politicians. That’s as clever as putting the fox in charge of the hen house.

As recently as 1979 45% of the British population smoked, but this has dropped to under 20% by 2013.  The politicians can learn from this.  The politicians need to implement bans on advertising for junk food and drinks, and have much better rules on food labelling.  Sponsorship of sporting events etc. should not be allowed by the pedlars of our bad diet.

Some taxes on unhealthy food and drink could also help.  This report tells us the cost to the NHS, and to society, of obesity-related illness is predicted to reach £50 billion by 2050.  With better education, and more controls on our food industry, I’m sure we could reduce this if we wanted to.