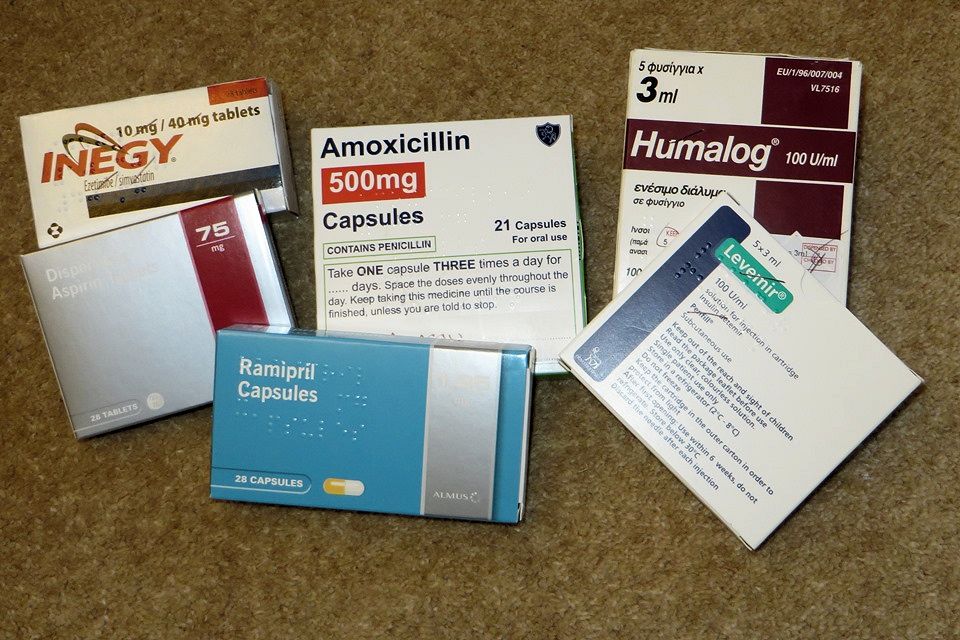 In 1776 Adam Smith (in The Wealth of Nations) described us as “a nation of shopkeepers”. With our high streets in decline, this is no longer true. If Adam Smith was alive today, perhaps he would call us a nation of drug takers?

Nearly half of us now take prescription drugs, with a cost of over 15 billion pounds! I can feel my GP’s blood pressure rising as he reads this. So before any more angiotensin-converting enzyme (ACE) inhibitors are prescribed for hypertension, let me make some things clear. As an insulin dependant person with diabetes, the medical profession have saved my life. Without insulin, I would have been dead many years ago, and the plethora of other drugs I take help prevent me get complications like strokes and heart attacks.  These days, with the help of Google (other search engines are available) everyone is a “medical expert” and I don’t have any medical qualifications. However there are some obvious facts, which many are chosing to ignore, about what could be done to reduce drug costs and make us healthier.

A nation of fatties?

What worries me is that our GPs now barely have time to treat symptoms, let alone find and treat the underlying causes. It’s not hard to find what’s wrong with the nation’s health. The Health Survey for England, published yesterday, show us that we’re getting fatter: 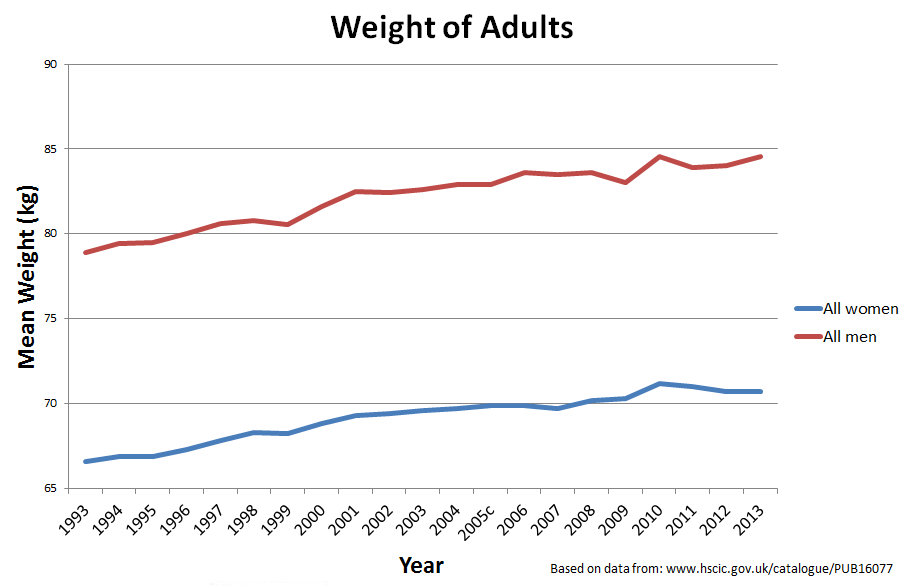 It’s now almost become politically incorrect to suggest to someone that they should loose weight. Nearly half the population don’t do sufficient physical activity, and we’re eating more junk food . More than 27% of women consume more than 3 units and 37% of men conume more than 4 units of alcohol.  The poorer you are, the more likely you are to be affected. There’s a very clear link (particularly with women) between waist circumference and social deprivation:

Sadly it’s these people who are often the least mobile, and often have had a poorer education. So there’s no point in telling them about health vegetarian meals, made with ingredients from Waitrose, when their nearest shop is Home Bargains or Poundland.

Building up trouble for the future?

It’s even more worrying when you look at the data concerning childrens’ health. Eat up your greens? The number of children geting their five a day has fallen in the last 6 years and is now only 16%: 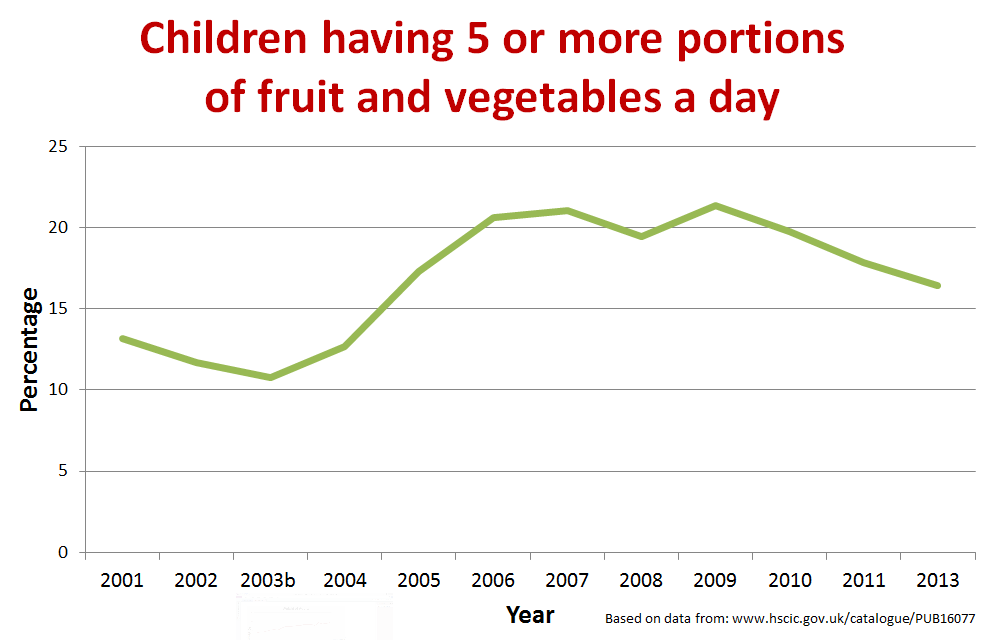 I believe this problem has come about as a result of lack of education. Our politicians need educating, and also need to stop listening to some of the very effective lobbying from the food industry.They need to be aware that having more people educating us on exercise and diet could save prescription costs.

The parents of today’s children also need educating. Many of them rely on ready meals, and don’t now how to cook good simple meals with fresh ingredients which are cheap and nutritious.

The last person I want to blame is our GPs.

What can you do?

If you’ve got kids, take them on a hike! The endorphins you get as you climb a hill beat anything their local dealer can supply, and theyll lose weight and be less likely to be depressed. You’ll also feel better.

Read books like Joanna Blythman’s Bad Food Britain: How A Nation Ruined Its Appetite to find out how we got into this mess, and then read (by the same author) What to Eat: Food that’s good for your health, pocket and plate, to find out what you can do. about it.

Visit (and preferably walk to) your local shops and find (if you’ve still got them) your local butcher and greengrocer. The butcher can tell you how to cook the cheaper (and tastier) cuts and your greengrocer will show you cheap seasonal foods (which will be riper and better tasting than the supermarkets).

Cook with your family – it’s far more fun than watching celebrity chefs on MasterBore. If you make a mistake have a laugh and learn from it. As a small child I loved visiting an aunty who’s cooking sometimes went wrong. When the sponge she’d baked turned out to be a bit runny in the middle she used a tin can to sut out the middle and then called it a polo cake!

Co-operate with your neighbours. If you can’t afford a sack of potatoes, share one. You’ll both save money and you don’t have to worry if they won’t keep as you’ll get through a smaller quantity twice as quickly.

Change food from being a chore to a source of fun – and feel better at the same time.