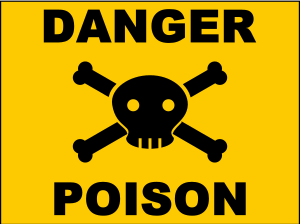 Whilst researching our book on Nantwich Pubs  I was amazed to find here, on the wonderful Brewery History site, that a publican in Nantwich had been convicted of selling arsenical beer!

More research was clearly needed!  How did Arsenic end up in beer? Was it a landlord who hated his customers?   I found another useful article on the Brewery History site – Death in a beer glass, which told me all about the Manchester arsenic in beer epidemic of 1900-1, which was a serious and widespread food poisoning outbreak affecting several thousand people across the region.

In the late summer/autumn of 1900 a lot of cases of alcoholic polyneuropathy were being diagnosed. Alcoholic neuropathy is damage to the nerves that results from excessive drinking of alcohol. This condition was quite common amongst the poor in Manchester in the late 19th century.

In Germany since 1516 they have had Reinheitsgebot (also known as the German Beer Purity Law) which states that the only ingredients that could be used in the production of beer are water, barley and hops (and yeast).  However in Victorian times UK brewers were looking for cheaper ingredients and were using glucose and invert sugar, made from maize, to cheapen the process.

In December 1900 Dr Ernest Reynold questioned whether the outbreak was due to alcoholic neuritis. Others pointed out that the disease wasn’t rife amongst Glasgow’s whisky drinking poor.  It was noticed that the outbreak was occuring amonst the consumers of certain brewers, who were using cheaper brewing sugars.  Eventually the source of contamination was discovered to be arsenious acid present in brewing sugar from Bostock & Co, sugar refiners of Garston, near Liverpool, which had been manufactured from sulphuric acid containing arsenic!

Bostock’s supplied approximately 200 breweries in the north of England and the Midlands.

Over 70 cases were fatal and the final total of sufferers was estimated at 6,000. The total was probably much higher, as many cases would have been misdiagnosed.

I then scoured local papers to find which pub(s) in Nantwich were involved.  Reports in the Cheshire Observer and the Chester Courant in March 1901 tell us that Alice Brannon, the landlady of the Railway Vaults, Nantwich, was charged with selling beer not of the nature and substance demanded.  The Railway Vaults was situated at 55 Pillory Street, and not should not be confused with the Railway Hotel at 71 Pillory Street.

The brewery supplying the pub was the North Cheshire Brewery Company of Macclesfield.  The brewery claimed that, having found arsenic in its beer, they had thrown 1,100 barrels of contaminated beer belonging to the company into the sewers. The brewery also claimed they had sent a circular letter to their tenants on December 4, advising them not to sell the cheap four-penny beer supplied to them previous to that date.

On the 2nd January 1901 Albert Timmis, who was an inspector under the County Council, got his 13 year old son to purchase from Mrs. Brannon a quart of fourpenny, for which he paid fourpence.  The beer on being analysed by Mr.Carter Bell WAS found to contain one-tenth of a grain of arsenic.

I’d like to think that something as terrible as this couldn’t happen today. However with the  2013 horse meat scandal, and the powerful brewery industry pursuading the government to exempt the alcohol industry from food labelling laws, I’m not as convinced as I could be!

To learn more about the history of unwanted things in food and drink, I recommend you read Swindled from Poison Sweets to Counterfeit Coffee – The Dark History of the Food Cheats.  For a view of what’s in some of today’s mass produced food, read Joanna Blythman’s Swallow This: Serving Up the Food Industry’s Darkest Secrets!