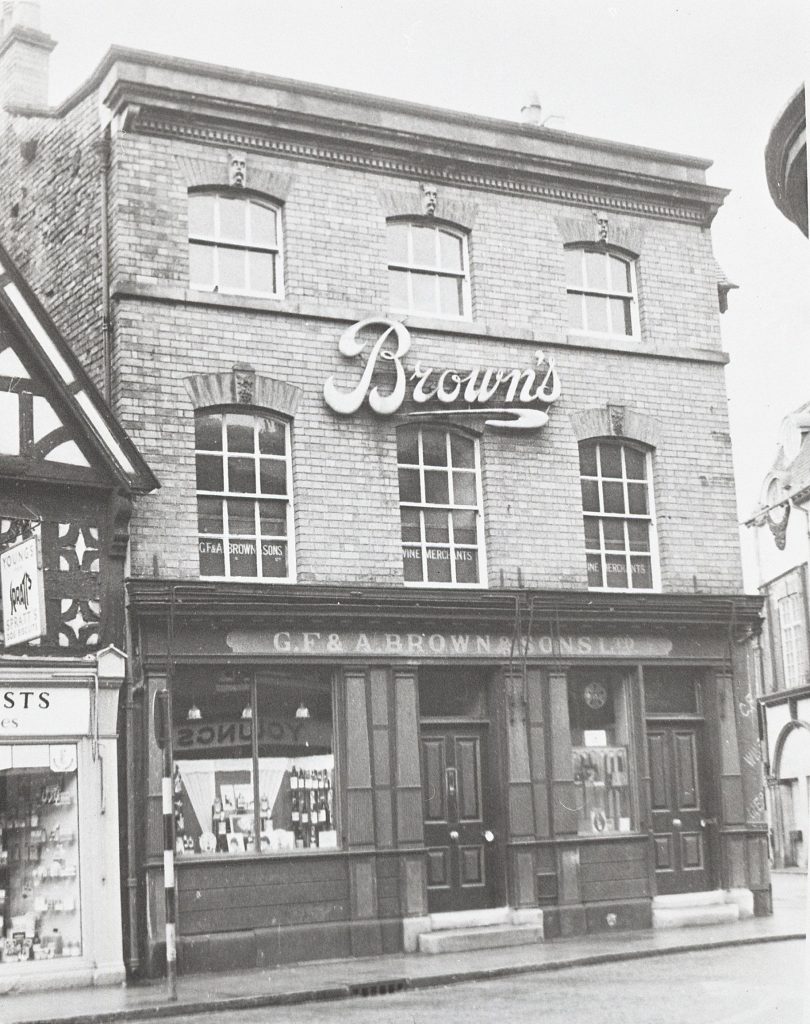 This building (where HSBC is currently in Nantwich) is where the first pub to be called the Swan in Nantwich was situated.  It later became the Falcon, then the Spirit Vaults then the Falcon Vaults.  Nantwich people may remember it as G. F. and A. Brown, wine and spirit merchants (pictured at the top of this page) or Brown’s Vaults.

George and Alfred Brown were two bothers, who’s father was a Middlewich wine and spirit merchant. They started their own business in Nantwich in 1869, and must have done well as they eventually controlled 18 similar businesses in Cheshire, Shropshire and North Wales (including Wrexham and Llandudno.

When Alfred Brown died (aged 91 in 1939) they had been trading for 70 years.  A report on his funeral tell us he had the the esteem of his fellow townsmen during the years he lived at Nantwich. He was a warden of Nantwich Parish Church for a number of years, and one of the oldest trustees of Sir Edmund Wright’s Charities, which are administered at Nantwich.

I have been given a picture of some of their bottles: 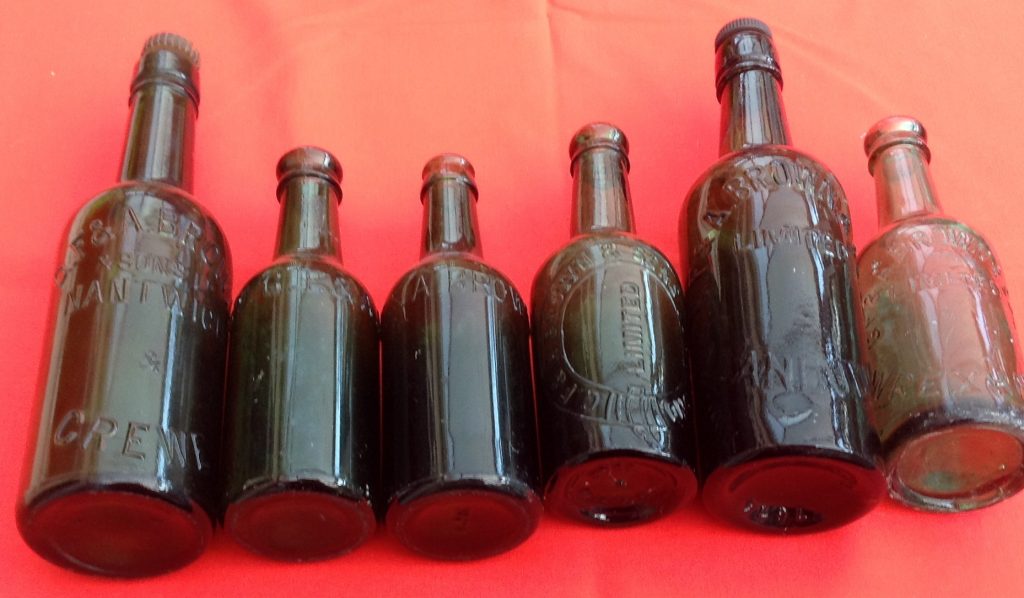 I’d be interested to know if these were for spirits, or did they also make their own beer?

The Nantwich Tavern Survey (in 1960) describes Brown’s Vaults as a long room, semi split with partitions radial to the corners of the half oval bar.  The decoration was cream painted – First World War type. The light ale had been on the shelf too long and lacked effervescence.  The average age of the locals (both sexes) was 60, with men wearing cloth caps.  The atmosphere in this pub was “real Dabber-Ville” and the verdict was – not a good place for the under 50s.