Why food from the North West is the best

I've spent most of my life living in the North West of England, and consider myself lucky to live in an area which has so many great, and different, regional specialities. From Borrowdale Teabread to Liverpool Scouse, the food is as diverse as the people and the landscape. 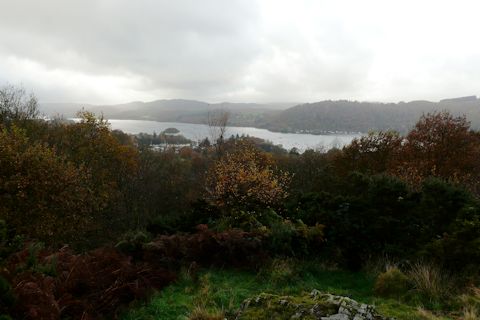 Why does food from the North West of England taste so good? The French talk about Terroir - the special characteristics that the geography, geology and climate of a certain place can give to the produce. In this relatively small region there are great contrasts, with plains and mountains and diverse soils and climate. Salt marsh gives us samphire and fantastic lamb. Different again, is rare breed Herdwick lamb, which has grazed the fells above the Lakes, so it is bound to taste especially good.

Cheshire cheese is made from milk from cows grazing the fertile pastures of the Cheshire plain. It is thought to be have been made since before the Roman conquest. Lancashire cheese is different again, with creamy and extra tasty versions still made on the farm. A by-product from cheese making is whey, have you tried whey butter (still sold in some of the regions specialist food shops) for a different taste? The whey is also fed to pigs - there's some great bacon for sale in the North West. If you like your bacon smoked, try some from local smokehouses like the Cheshire Smokehouse, the Port of Lancaster Smokehouse or the Taste of the Lakes Smokehouse in Cumbria.

Talking of smoked food, there's plenty of flavour in a kipper: 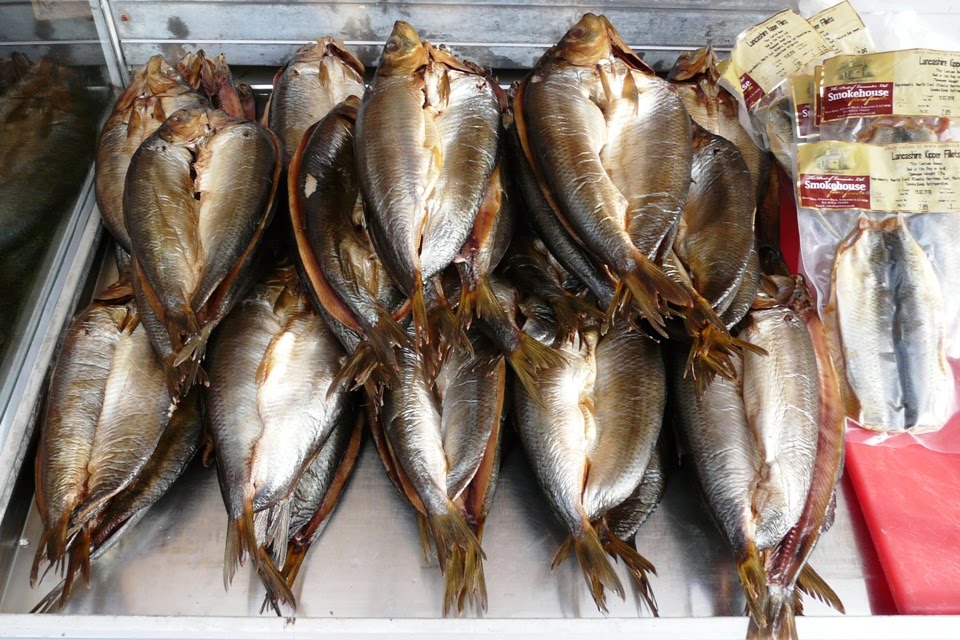 Another by-product from cows helps to grow the regions' tasty early potatoes! Whilst we're talking about vegetables have you tried Formby asparagus? When in season it was served as a delicacy in the fine dining rooms of the transatlantic liners. Across on the Wirral there's more asparagus, and here you'll find Wirral watercress.

Lancashire is famous for its tomatoes, but the dynamic vegetable growers grow much more. 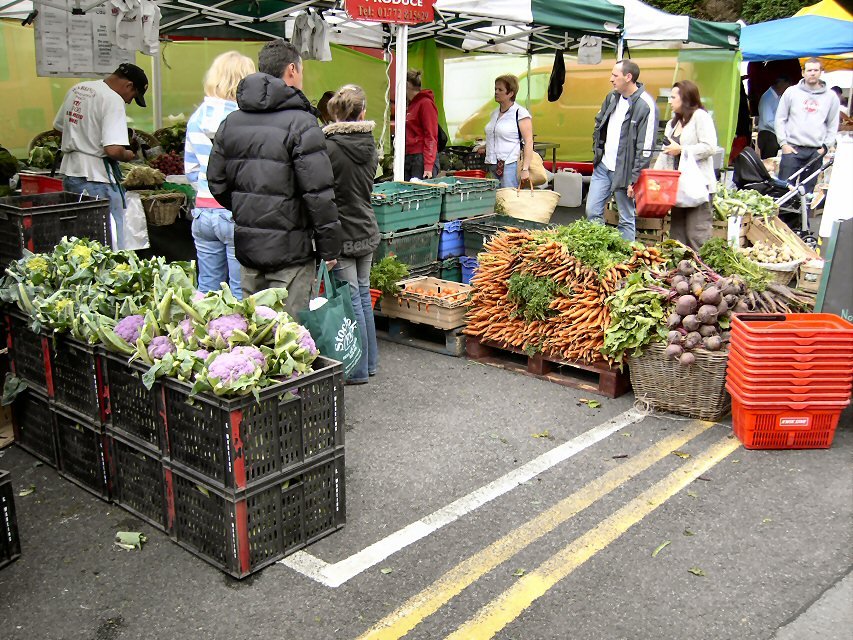 You can buy a fantastic range of vegetables like cauliflowers, celeriac, chard, fennel. They're all grown locally and do pack in flavour. If you like to try something different, have you tried purple carrots or Lancashire pineapple chutney?

The mild climate of Cheshire is good for growing strawberries and gooseberries. There are orchards throughout the region where you can buy tasty apples and juice from specified varieties. In Cumbria the Lyth Valley is famous for its damsons, which make tasty jams, pickles and even beer.

The cities of Manchester and Liverpool grew rapidly during the Industrial Revolution and they each have their own delicacies. Liverpudlians are sometimes referred to as scousers because of the type of stew (scouse) that's popular in Liverpool. You'll find versions of scouse in many Scandinavian and German ports.

As we traded with the world, we brought back food from far away. So the money from exports of Lakeland wool paid for the sugar, spices and rum used in Cumbrian cooking. Manchester cotton paid for the oranges to make Manchester marmalade. 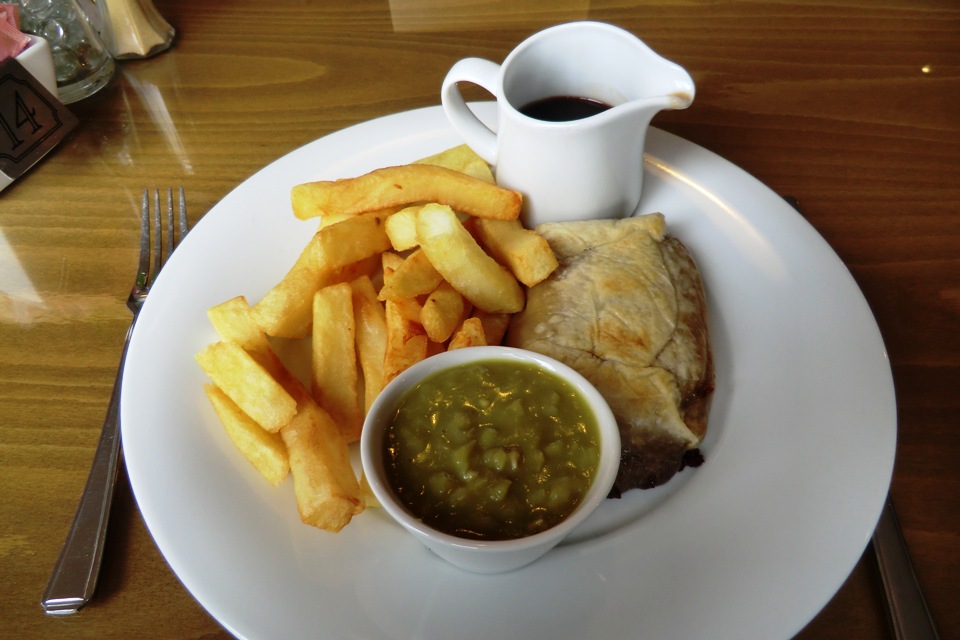 which originated in Oldham, was originally made using scraps of cotton cloth.

A lot of the workers were on low wages, and so every bit of a slaughtered animal was used. Bury black puddings are world famous, and you can also find foods like tripe and onions and cow-heel pie!

If you want bread in Stockport you might ask for an oven bottom bap, in Manchester it's called a barmcake and in Bury it's called a muffin - but not to be confused with those cakes from across the herring pond! In East Lancashire there's further potential for confusion. Here a round bread roll is called a teacake but doesn't contain any fruit. As for a Hawshead Wig, well you'd also eat that and not put it on your head! 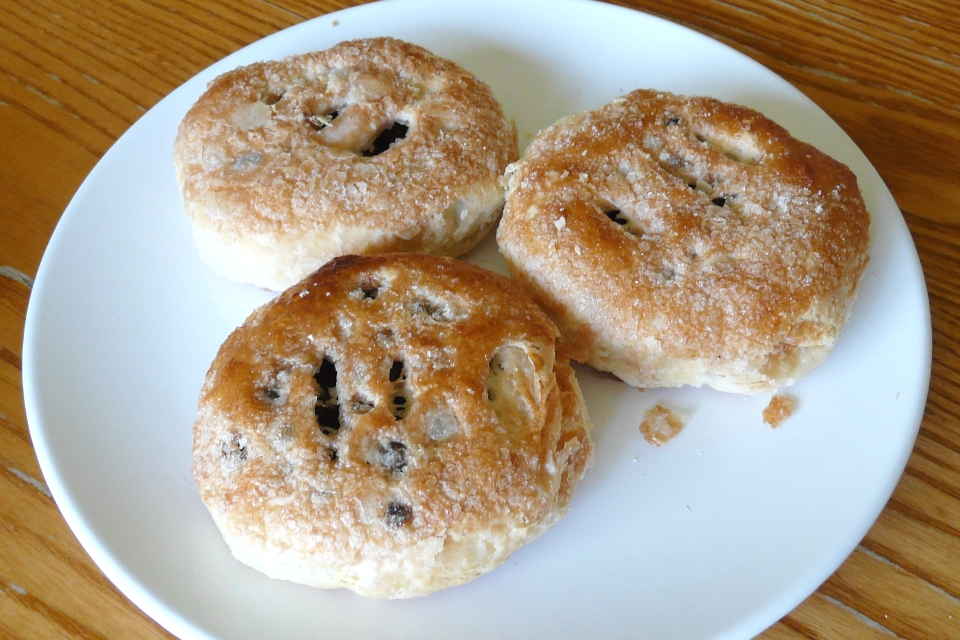 This was supposed to be a short introduction to food from the North West of England. But, as I'm writing it, I keep thing of all the foods I've not even mentioned. And they're great foods, like shrimps from Morecambe Bay or Southport or whinberry pies - made with a fruit from the moors that's got far more taste than a blueberry.

Our food is continually evolving, with new foods like the Manchester Egg (a pickled egg wrapped in Bury Black Pudding and sausage meat, coated in a golden crumb). I think it's great that we have this fantastic mixture of deliciously different foods all together in small region. Can anyone think of a better place in the world to find such diverse and tasty food?

To find these foods click on my food map and zoom into the North West.