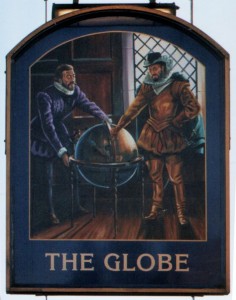 There have been two Globe Inns in Nantwich. One was thought to be at 73 Welsh Row (where Globe House now is). Mary Ann Pace is listed the sole licensee in 1864.

The other Globe Inn is at 100 Audlem Road (in the past this address was known as Main Road, Stapeley).  It is believed to have been an inn since 1844. 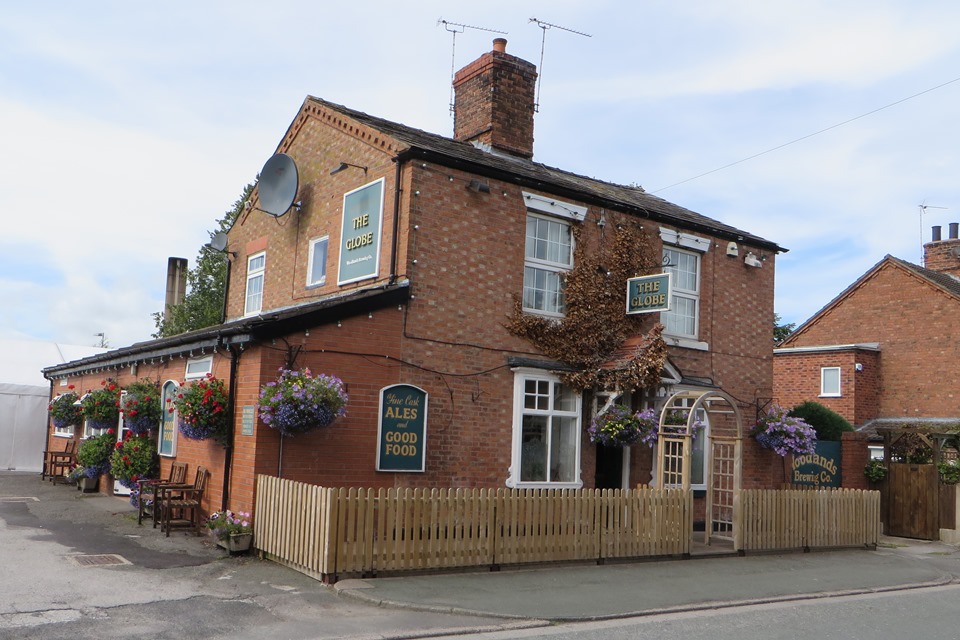 In Licensed Premises in Cheshire 1891 the owner is Henry Nixon, and the licensee is Charles Owen, who resides on the premises. There were two beds for travellers and one stable with one stall. There was a beer house 175 yards away (the Horse and Groom by the Methodist chapel), and the nearest fully licensed house is ¾ mile away. In the remarks it says “Poor accommodation, old house”!

On 29th September 1894, the Cheshire Observer reports “At the Nantwich adjourned licensing sessions on Monday, the magistrates refused to renew the licence of the Globe Inn, Stapeley, belonging to Messrs. Greenall, Whitley, and Co., the police objecting that the late tenant bad been convicted of drunkenness, and that the house not required. This is the second public-house closed at Nantwich within month”.

In October 1894, Messrs Whitley & Son Brewers were shown as the leessees, and Robert Render the tennant. Robert Render was convicted of selling drink to a drunken person and fined 10s (50p). The license was afterwards restored on appeal to the quarter sessions and transferred to Frank Taylor.

A Mrs Nixon became a tennant, after the death of her father, but sold the business in 1895 as she found it didn’t pay. The Globe was closed for 8 months in 1895.

In October 1896 Henry Nixon and James Slater appealed against the refusal of the Nantwich magistrates to renew the licence of the Globe Inn. The nearby Brine Baths Hotel (which had opened in 1883) had recently lowered its prices and it was argued that people could now go there for a drink. However in the appeal it was stated “that the people at the Brine Baths Hotel would look astonished if a man came in his working clothes and asked for glass of whisky”, and licence was restored.

Henry Nixon, was also a butcher and cattle dealer. In 1894 the owner was listed as Emma Nixon (Henry’s wife).  They lived at Broadlands Farm at Baddington and later moved to 36 Barker Street, in Nantwich.  After his death in 1903, Emma continued to live there with her three daughters, Margaret, Ada and Lucy.  The sisters became infamous in 1926 when it turned out that they had lived for years with their mothers mummified corpse – there’s a fascinating account of this in Susan Church’s Nantwich Tales.

The Globe was the brewery tap of the Woodlands Brewing Company.  Established in 2004, their award winning beers were made with mineral spring water.  The Brewery ceased trading in January 2016.

The Globe has won CAMRA Community Pub of The Year, and also has a good reputation for food.

It holds a beer festival on the August Bank Holiday Weekend.