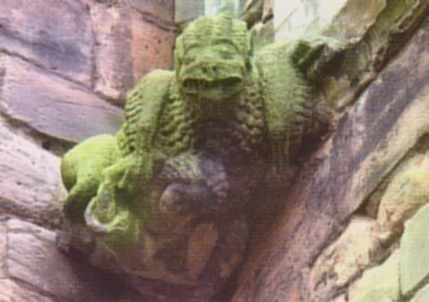 How is the above picture connected with a Nantwich pub? Read on… 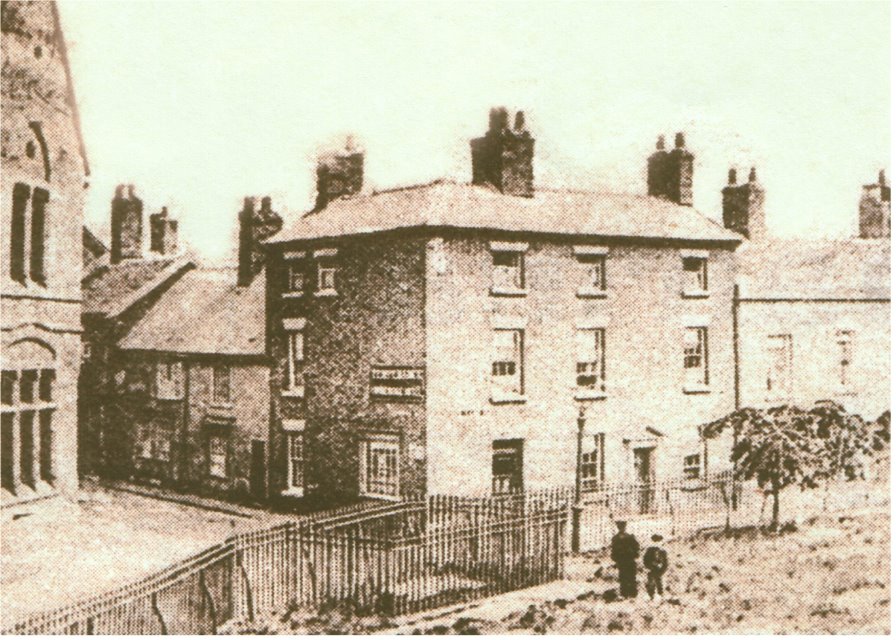 The above picture shows the temperance hotel on Chuchyardside (where Bratts is today). Prior to that it was a pub called the Ring O’Bells – which would be a very appropriate name in view of its proximity to St Mary’s church in Nantwich. In fact it was the second pub in Nantwich with that name, the first Ring O’Bells was at 33 Welsh Row (from 1749 to 1780) which later became Cotton’s Arms.

The second Ring O’Bells (which records show was a pub in 1765 ) was previously known as the Spinning Wheel and was also called Rising Sun in 1835.

Between 1855 and 1879 Sir George Gilbert Scott (the English Gothic revival architect who was responsible for many buildings including the Midland Grand Hotel at St Pancras Station, and the Albert Memorial) was responsible for an extensive (some say excessive) restoration of St Mary’s church in Nantwich.

Some stone masons who were involved in the restoration stayed at the Ring O’Bells. They had a beer kitty which they kept in their room, but noticed that money was disappearing from it when no beer was being purchased!  They deduced that the only person the thief could be was their landlady! So they decided to give her a little reminder.

Towards the top of the bell tower (in the corner near  the entrance to Nantwich Market) they built a grotesque (many people incorrectly refer to it as a gargoyle, but it’s a grotesque unless water comes out of it). As this old postcard shows: 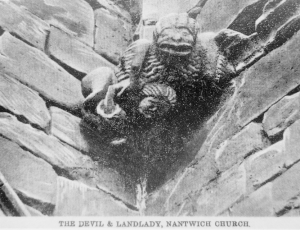 the grotesque depicts the devil with a women under his arm (the landlady of the Ring O’Bells).  The woman has her hands in a bag of money (the beer fund)!

I always recommend visitors to Nantwich to visit St Mary’s, where you can buy a postcard showing three curiosities – a green man, possibly the first ever parson’s nose and the thieving landlady!

This pub is featured in the Nantwich Pubs Book, which is available from Nantwich Museum.