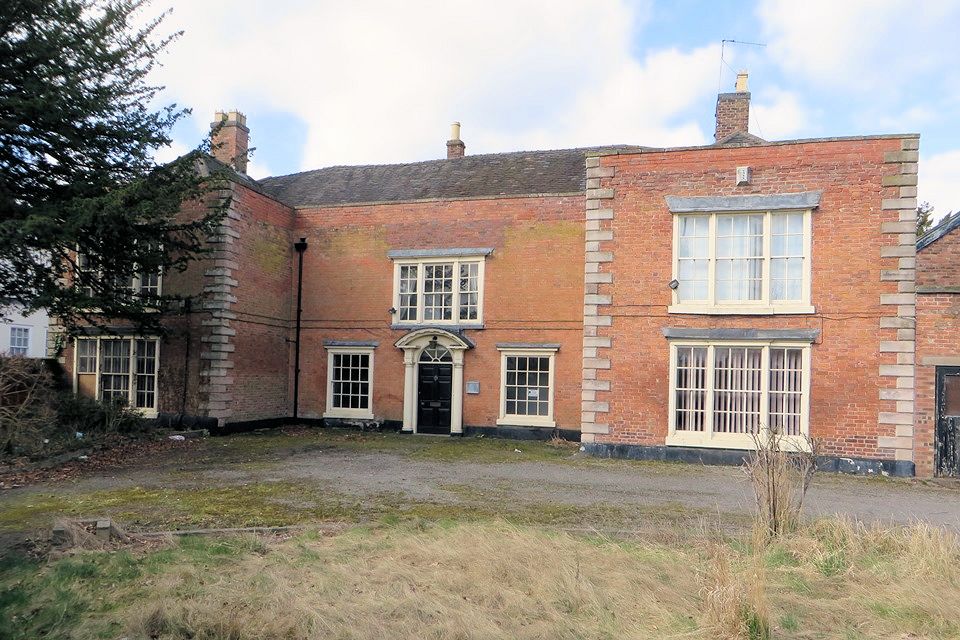 Situated at 125 Hospital Street, in Nantwich, is the Rookery.

It’s a Grade II listed building, built in the mid 18th century, but built on an earlier structure at the rear: 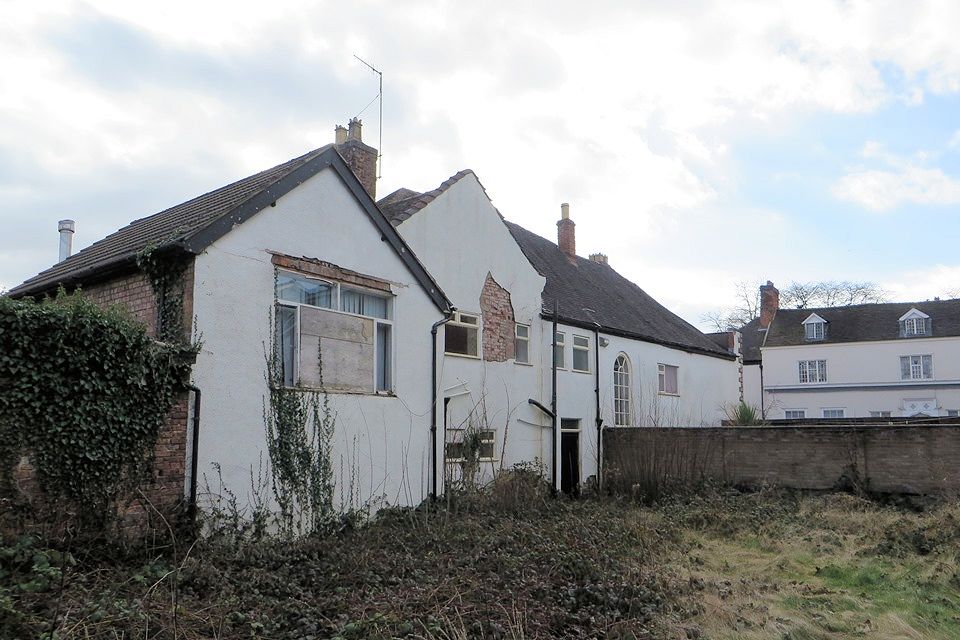 which dates from the late 16th or early 17th century. You can still see the old brickwork at the back: 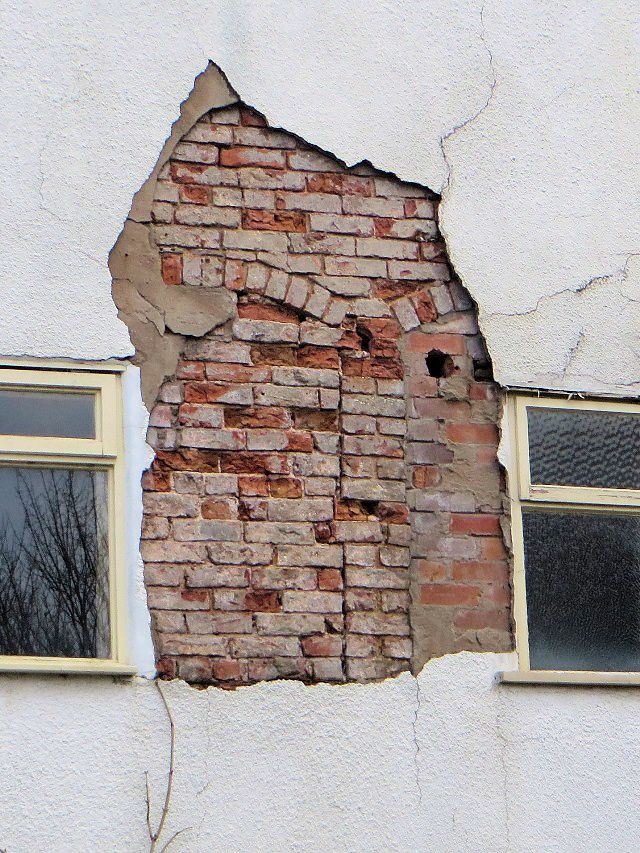 In the latter half of the seventeenth century, the house appears to have been the town residence of the Minshulls, of Stoke Hall in Aston parish. After the death of Sir Edward Minshull, Kt., in Jan. 1672, his widow, the Dowager Lady Mary Minshull, enjoyed the Nantwich house as portion of her jointure. There she resided in 1674, at which time it was known as “The New Bell,” (Notes and Queries, 1st series, vol. xi, p. 109), a name suggestive of having originally been built as an Inn. She still occupied the same house in 1691; according to a Rate Book of that date; and most likely continued to reside there until her death in 1693.

A century after, the house belonged to George Garnett, Esq.; from whom it descended to his son, the Rev. W. Garnett, Rector of Tilston, in this county; and, after his death in 1829, to the Rev. W.B. Garnett, (now W. B. Garnett-Botfield, Rector of Shifnall) who sold the house to the above-mentioned John Richardson Esq.; whose son of the same name, lately deceased, has left it to George Garnett, Esq., of London.

George Garnett (1734 – 1814) was a cheese factor (someone who buys and sells cheeses).  This site tells us George once sold a shipment of cheese to a firm in London, but learned just afterward that the buyer was about to go bankrupt George immediately jumped on his horse and rode the 166-mile trip to London, arriving just in time to stop delivery and so saved his money! He was elected a Wright’s trustee on 24th Nov. 1779. At the time the Wright’s Almshouses were nearby on London Road, but in 1973–75 got moved to their present location on Beam Street (see here for more details). He also owned Haughton Hall and other properties.

George’s son William Garnett (1766 – 1829) inherited the bulk of his father’s estate and was already very rich when (aged 49) he married Elizabeth Bishton (who was 32 years younger) from a well-to-do Shropshire family  (see here for more details).

William Garnett’s son William Bishton Garnett-Botfield  (1816 – 1903) sold the house to John Richardson who is there (with his wife Mary and son John) on the 1851 census. John Richardson is described as a “Landed Proprietor”.

In the 1861 census John Richardson has died and his wife Mary is shown as head of the household, living with her son John and two servants.

In the 1871 census John Richardson is now the head of the household (presumably his mother has died). He lives with two servants and a Mary Pankhurst is a visitor.  Mary Pankhurst comes from Wybunbury and according to this site was a governess to John Jasper Garnett (a grandson of George Garnett). That site also tells us that  they fell in love but did not marry and that George Garnett’s journal relates that this Miss Pankhurst was a “regular nuisance” to the three children!  In case you’re wondering Emily Pankhurst (the famous suffragette) got that surname when she married a member of Mary’s family – see here for more details.

Hall tells us that John Richardson died in 1880 and left it to George Garnett of London (I suspect this is probably a relative to the George Garnett already mentioned).

Mary Pankhurst is shown as living on Hospital Street in the 1881 census with a servant.

In the 1928 edition of Kelly’s Directory, it’s occupied by a physician and surgeon – Charles Victor Pearson M.D., Ch.B.L’pl.

The Victoria and Albert museum have a watercolour of ‘The Rookery, Nantwich’ painted in 1942 by George W. Hooper from the Recording Britain Collection. To view it click here. 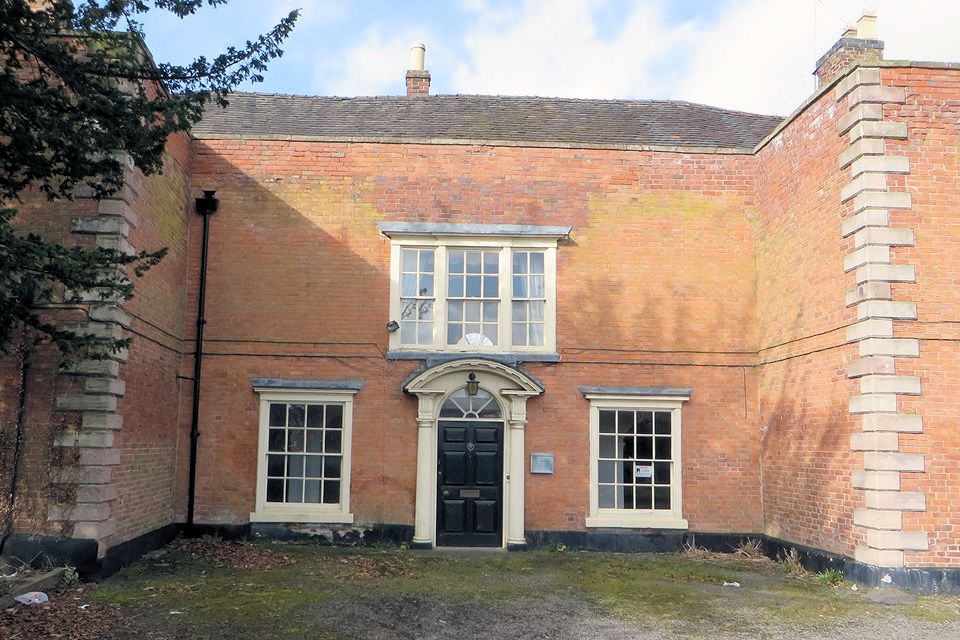 It’s got a substantial front door: 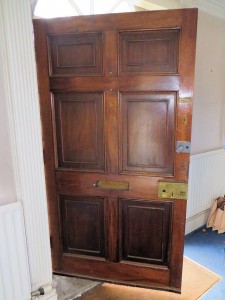 Inside parts have been modernised: 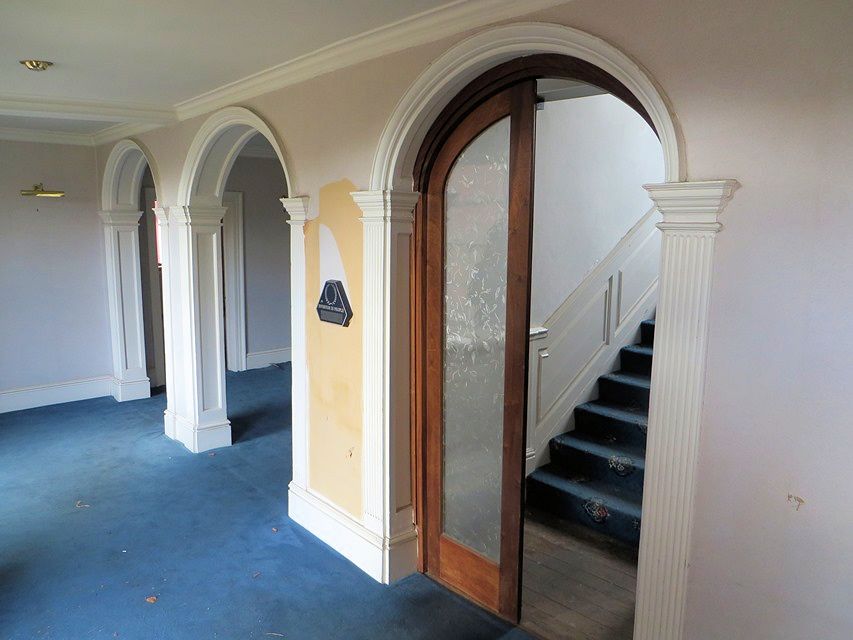 In more recent years it was used as office accommodation.

Upstairs (there are two flights of stairs) you have a fine view of Churches Mansion: 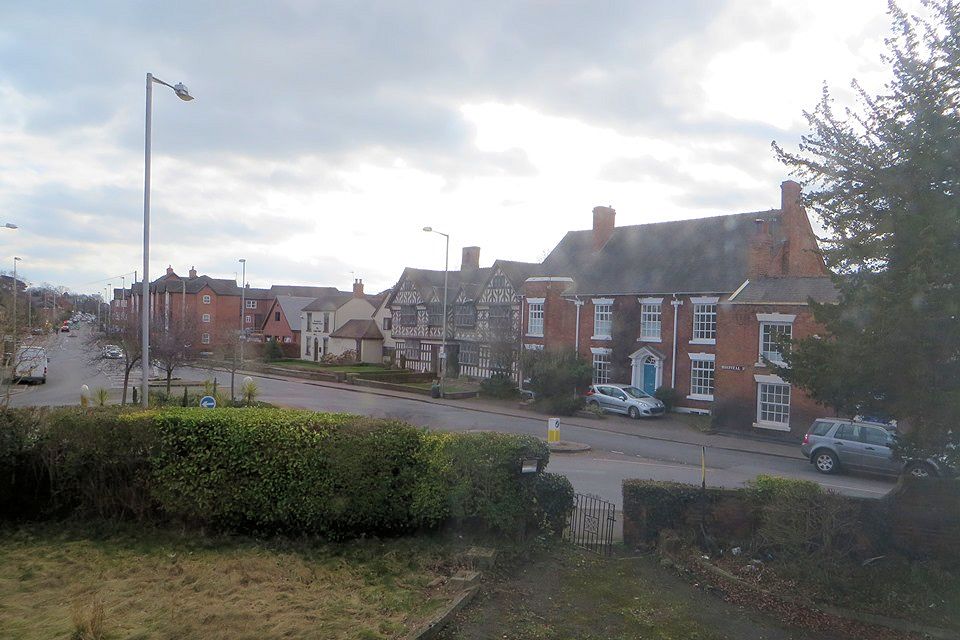 If you have any more information about the history of this building, please get in touch.