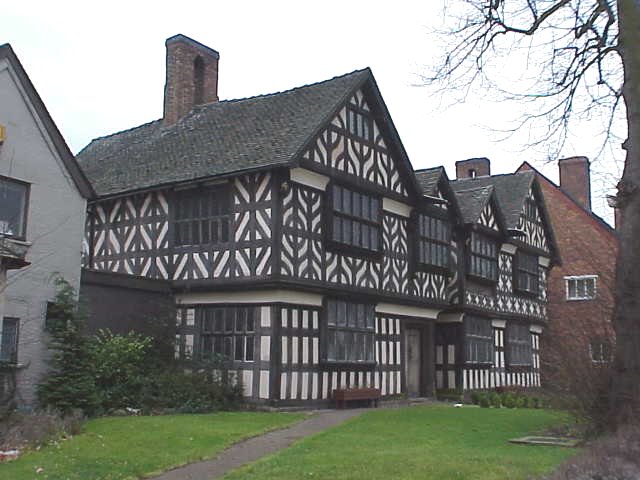 Thomas Clease built Churches Mansion for a merchant called Richard Church in 1577. It is of a typical late medieval plan with two cross wings flanking a central hall. This beautiful mansion was built as a symbol of their wealth. On the front of the house this inscription can be seen:

‘Richard Churche and Margery Churche
his wife Mai IIII Thomas Clease made
this worke, anno dni MCCCCCLXXVII
in the XVIIII yere of the reane of our
noble queene elizabeth’

Churches Mansion is of a box frame construction. 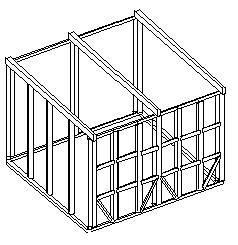 This is where a rectangular frame of sill, posts and wall plate are erected on a stone plinth and joined by mortise and tenon joints. One frame made each of the two sidewalls of a bay and one made each of the gable ends. Studding (vertical members) were installed in-between the main posts. In parts angle braces have been added to provide rigidity and decoration.

To make the structure waterproof the openings were filled with infill panels. The panels were made from wattle and daub. To begin with, slightly oversized staves were inserted about 13 to 15cm apart into the rails by springing them into slots. Lengths of hazel and ash were then interwoven in and out of the staves to form the wattle. With this done a mixture of wet clay, straw, cow hair or cow-dung (daub) was slapped against both sides of the wattle to get the desired thickness. A thin coat of plaster was then applied and was lime-washed or washed with ochre. The timbers were painted black when it became universally fashionable in the 19th century.

Jettying has also been used. This is where the joists of the first floor have been extended outside and beyond the external wall. This results in a much larger first floor. The weight of the overhanging wall counter-balances the internal floor load on the joists, which helps to carry the load. Jettying became extremely popular and could demonstrate to others that it was a modern house.

The ornamental panelling on the east gable is very similar to Thomas Churche’s High Street house. Unfortunately all the windows are reconstructions except the window to the lower right of the porch. The carved brackets have figures depicting a lion (symbolic of Christ), a salamander (indestructible by fire), an ape and a devil. 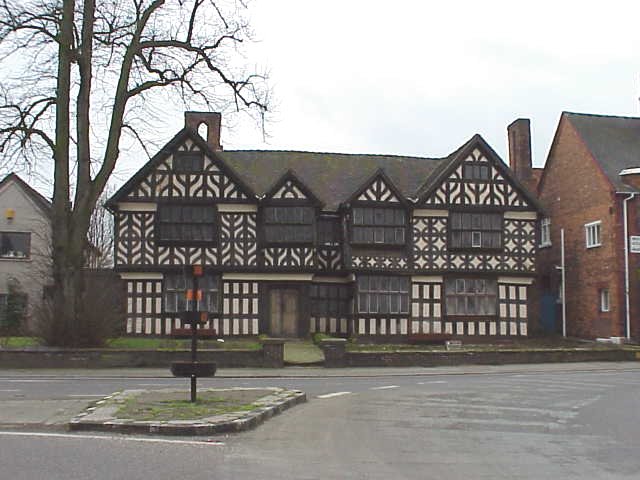 The room on the far left served as a buttery. Here mortice slots on the posts and beam to the left and right of the fireplace, were used to hold the stabilising braces while the structure was being erected. Carpenters’ marks can be seen along with the diagonal dragon beam that supports the jetty.

In the kitchen a large inglenook fireplace still survives, on which the grooves for the spit and kettle are plainly visible. Men would sit in the inglenook to smoke their pipes.

The hall contains an original piece of daily household furniture, – Richard Courts cupboard. He and his wife’s initials (R.C. and M.C.) are inlaid at the top along with an Elizabethan crest on the top of the doors. The heads of Richard and Margery can also be seen.

This must be the finest room in Churches Mansion. There is panelling above the fireplace consisting of Ionic columns and blind arches in Classical Style.

In the room on the left is a ceiling made from a mixture of lime, sand, straw, clay, blood, mutton fat, and dung. This mixture was used instead of the more expensive plaster. Opposite this chamber is Margery’s chamber. Above the hearth are Margery’s initials in a woven love knot with a central heart.

The Attic provided accommodation for the families numerous servants.