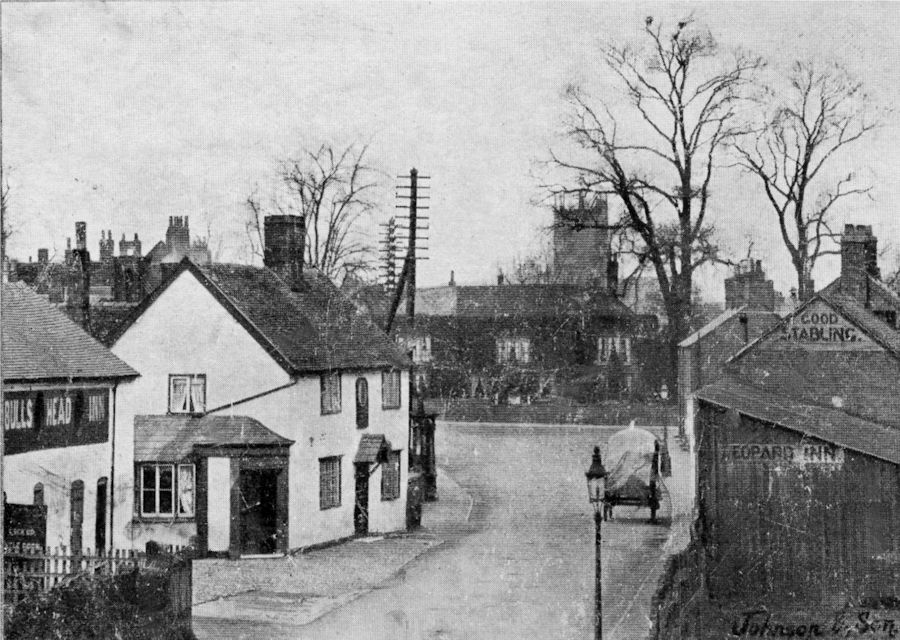 This pub was known as the Horns, until 1789 when it became the Roebuck, and by 1834 it became known as the Leopard. It’s the oldest documented alehouse in the Township of Willaston.

According to the Tithe Award apportionment of 1845 the house had a garden of just under one acre, as well as five acres of farmland. The building was demolished in 1935 and rebuilt by J. T. Gresty & Son to its present form and was owned by Punch Taverns.

Landlords of The Leopard

In 1881 Gomer Jones was a ginger beer manufacturer, living at 10 Mill Street, Nantwich. He became the licensee of the Leopard from 1891 to 1928, making him Nantwich’s 7th longest serving licensee.

This is a printed poster found in July 1991 in a house in Welsh Row, originally a small shop which closed in 1900. 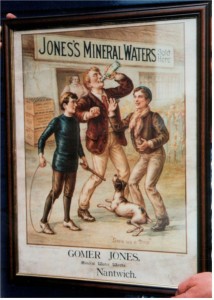 The poster was probably printed around 1885 and is an advertisement for Gomer Jones’s Mineral Waters, which he then manufactured on premises adjoining the Leopard Inn.

They also did furniture removal, as this advert from Nantwich Museum shows: 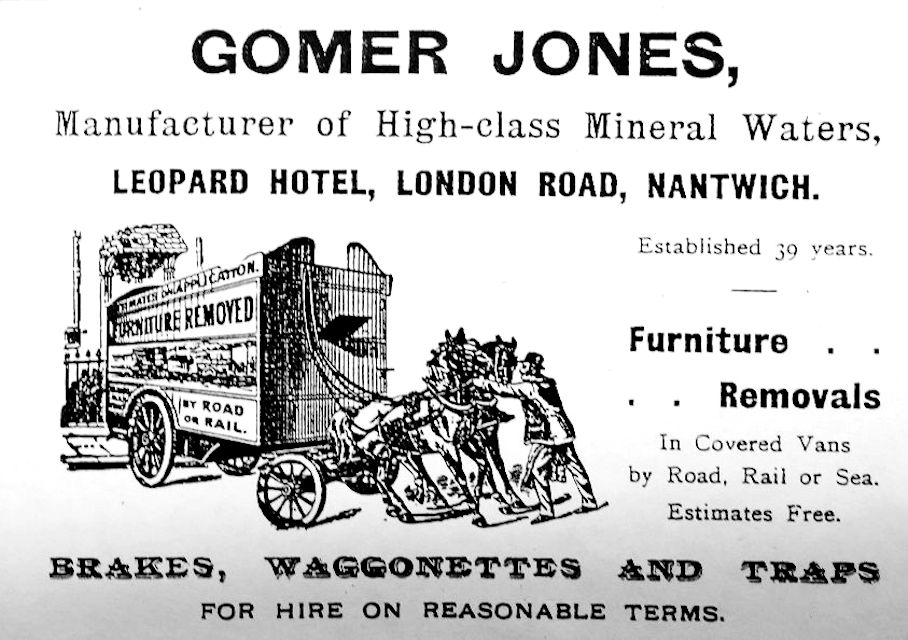 In Victorian times inquests were held in The Leopard.

The pub was also once the headquarters, changing rooms and home to Nantwich Football Club. Gomer Jones would provide knife and fork suppers, with entertainment, for the team. 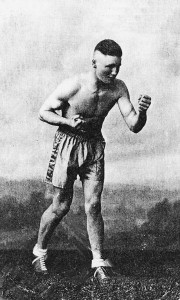 Jackie worked at the Leopard Hotel for 10 years as an assistant, and became the licensee in 1956. He retired in 1982, and during his life did much to promote wrestling and also raise substantial sums for charity.

The Leopard was acquired in 2012 by Joule’s Brewery and underwent an extensive refurbishment.

One thought on “The Leopard”