It always surprises me how many people regard shopping as a chore! This weekend I got most of what I need from our local market.

My first stop was for some bread. My supplier is Charles Ormrod, who (when he’s not selling bread) is a professional pianist. He’s got interesting views of all sorts of things, so I’d like to chat for longer – but I don’t like holding up his queue. The bread comes from London Road Bakery in Stoke, which is one of Britain’s last coal-fired bakeries. Their loaves are hand-moulded and baked each morning in their 130-year-old ovens. Their GI bread is good for you, and lasts well (if you don’t eat it first)!

The next stop is Stuart Hornby, my fishmonger.  There’s always a long queue for Stuart – because he popular, and also he spends ages preparing your fish (and removing bones if you want). He drives down from Fleetwood and knows exactly where his fish comes from. Although there is a queue you can usually have an interesting natter with other customers, and we always have a laugh with Stuart! I often buy off Stuart some of Ray Edmondson’s Morcambe Bay Potted Shrimps.  Here’s a picture of Ray’s shrimping boat: 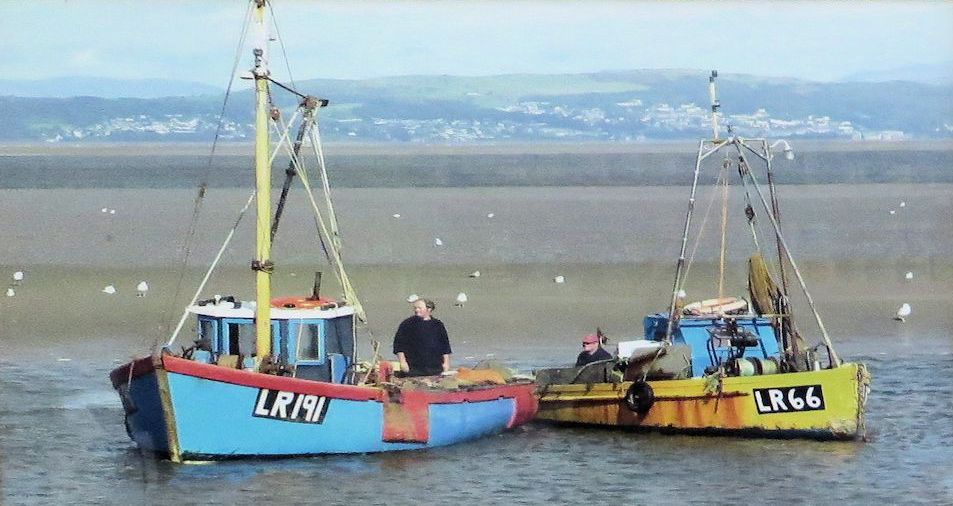 Ray’s other customers include Adrian Edmondson (no relation), Hugh Fearlessly Eats It All, and Rick Stein.

At the cheese stand we had a chat about the Appleby family – who make the best Cheshire cheese you can buy. She’s very happy to let you have a taste – as she knows you’ll buy more! They also have some nice blue cheeses: 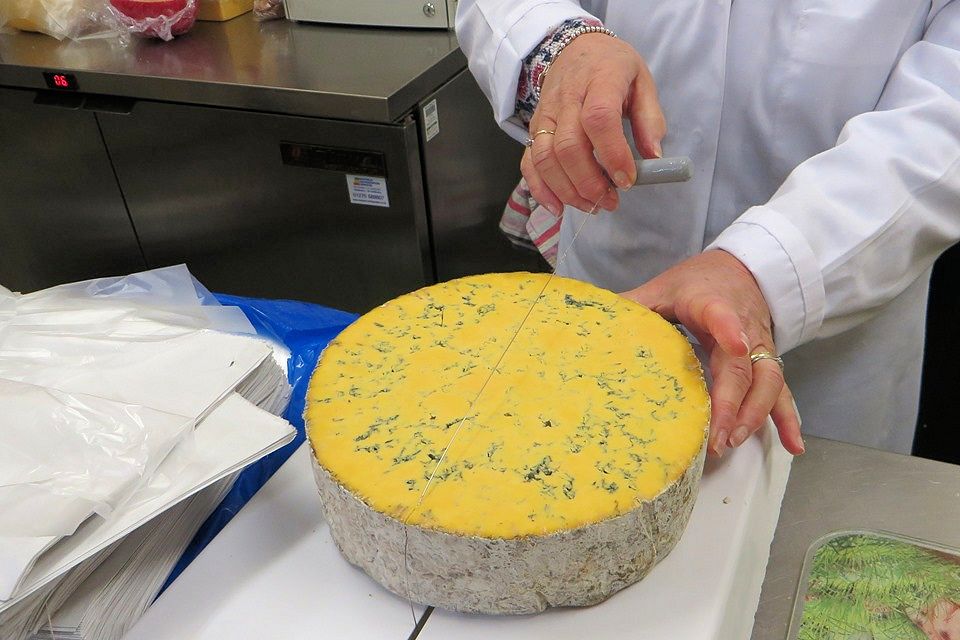 I bought some Longley Farm Jersey cream – which tastes wonderful and keeps well.

Next door to them is D & K Welch Poultry.  You can get your old egg boxes refilled here – which cuts out waste. I bought some of Brian Bennion’s beef here. I know it will be tender – because Brian looks after his animals. I often buy chicken livers here (a lot of supermarkets either don’t sell them or only have frozen ones). They’re incredibly cheap here (and tasty). When I’m not using them in a risotto, I’ll make pâté. Yesterday I was feeling lazy – so I bought some of their own home-made chicken liver pâté (with Cointreau) to try.  The cost for quite a big container was just £1.50. I know it will taste good (because another customer told me).

We’re spoilt for choice with butchers in Nantwich (there’s one at the other side of the market, two excellent shops in the town and a superb farm shop just off the bypass). I try and give them all a bit of my trade – the stiff competition keeps them all trying hard. 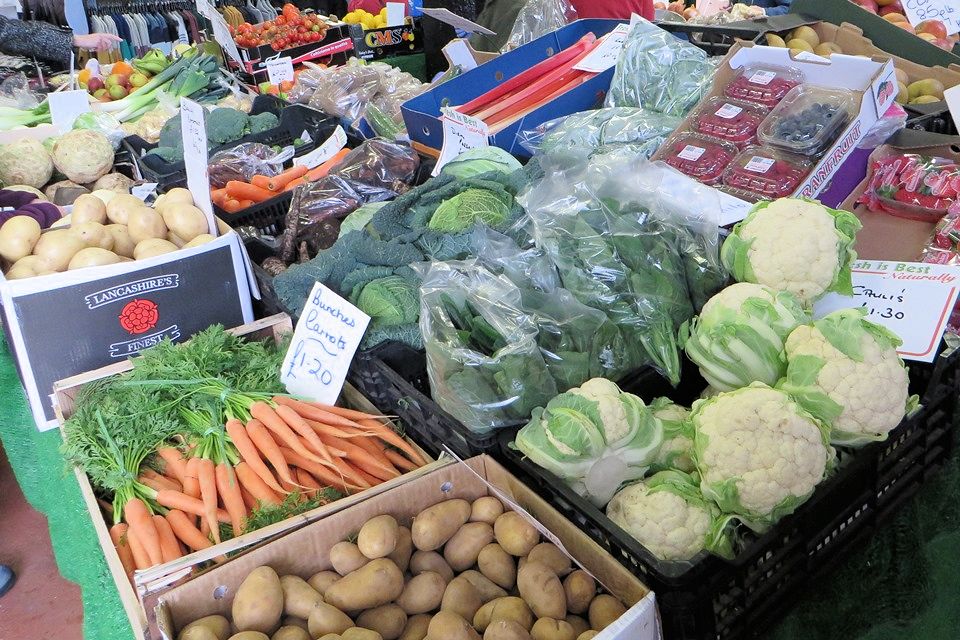 There’s three fruit and veg stalls in the market, and another great shop in the town.   At one a lot of stuff is home grown. Unlike the market traders of my childhood (who had good stuff on display but filled your bag with more dubious stuff hidden below) the quality is top notch. They’ll tell you which fruit is the sweetest and which has the best flavour.

I often keep meeting the same people at different stalls, because those in the know often shop in the same places.

Occasionally I do go to the supermarket. I can normally do my shopping their faster than I can get through the tills! My hear sinks when I hear someone bleating on the tannoy “will all till-trained staff please go to the checkouts” as I know the company accountant has decided they’d rather save money and have queues!

Supermarket shopping does keep you brain alert though. Is that item in the same buy three things you didn’t want three of and only get the cheapest item free as the other items?

You may have the “privilege” of a machine to serve you at the check out. Here, in the close to mugging experience, the machine may bark at you “have you got a loyalty card” so that it can learn how to extract money out of you more efficiently. When it’s finished not recognising items it will have to ask you how many bags you’ve used – as it’s not that bright!  I usually prefer to find a staffed till, where members of the staff (who’ve just been on a marketing course) may even compliment you on your purchases! There’s no normally jokes here, but I always mange to smile wryly when the youth serving you asks what sort of fruit or veg you’ve got. Presumably it doesn’t look like that in Mcdreadfuls!

I don’t feel shopping at local shops is a chore, it’s more like meeting up with friends!