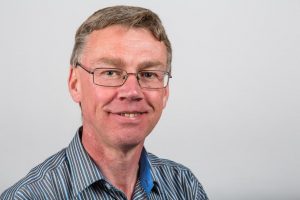 I was brought up in Manchester, but both parents came from Sheffield – so I’ve never properly understood the War of the Roses!

My mother studied domestic science, and became a cookery demonstrator (see here for an article about her written in 1949) and then a domestic science teacher – so it’s not surprising that I’m interested in food.

I studied Agriculture at Reading University, and worked as an agricultural consultant for 17 years.  I taught in FE colleges for over 17 years and have a site on Improving Learning which has useful tips and sites for teachers and lecturers.

My father was an electrical engineer, but became a teacher – like my sister, so it’s not not surprising that I went into education.

My mother’s father was a butcher, and my dad’s father started as a miner, but became a successful grocer – which no doubt explains my interest in retail.  There’s a fascinating account of my grandfather’s shop, written by my father here.

In 1980 I developed type 1 (insulin dependent) diabetes.  I’ve never been overweight, or a big consumer of sugar,  so guess I was just unlucky.  However it does concern me how commercial interests are changing our diets.  As a result obesity, and type 2 diabetes, are becoming widespread.

I also have pages of links on: