Salt production at Nantwich dates back at least as far as Roman times, when salt from Nantwich was used by the Roman garrisons at Chester and Stoke-on-Trent as a preservative and a condiment.  A Roman road has been excavated North of Nantwich at Reaseheath, in fact our word salary comes from the Latin salarium, originally denoting a Roman soldier’s allowance to buy salt.

Archaeological finds in the town have included a Roman cremation urn, a wooden plank tank (possibly used in salt production), and shards of Roman pottery – which suggests that there may have been a Roman Salt Works on the West of the Weaver.

In Nantwich Museum there is a gallery showing the history of salt making in Nantwich. Also in the museum there is a 700-year-old oak tree which was an ancient salt ship.  Click here for more information.

In the Domesday Book, Nantwich is recorded as having eight salt houses.  The Saxon word for an industrial settlement, often based on the availability of salt, was ‘Wich’. The ‘Nant’ in ‘Nantwich’ is probably derived from the Old English ‘Namet’ (the most famous) or the Welsh ‘Nant’ (place in a river valley). It is thought that the Saxons exported salt by packhorse to North Wales, Derbyshire and the North. 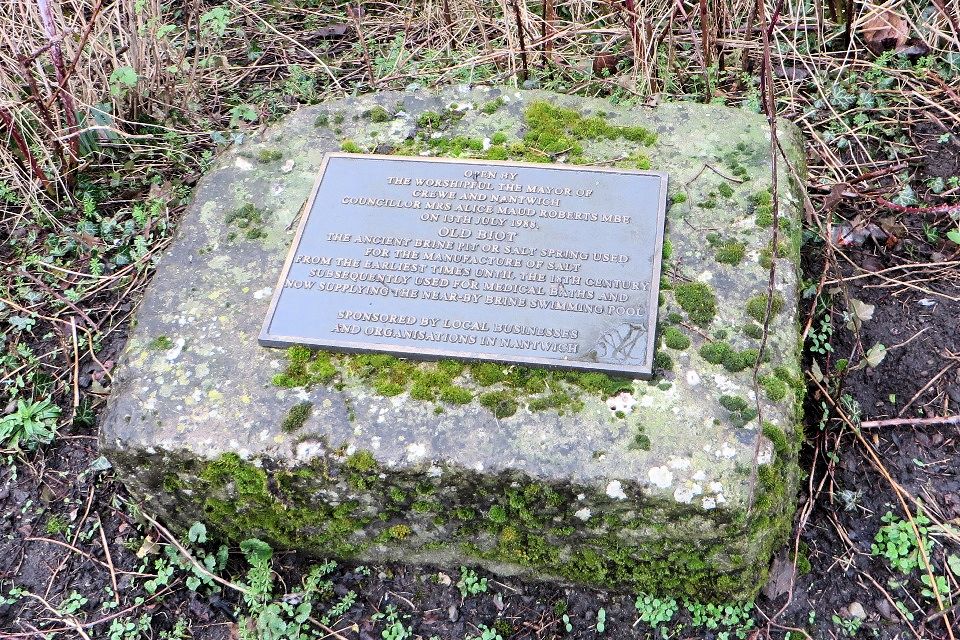 (near Welsh Row Bridge) tells us that salt was used in medical baths (and also in the nearby swimming pool).

Salt has been used in the production of Cheshire cheese and in the tanning industry. Both industries being products of the dairy industry, based on the Cheshire Plain around Nantwich.

The salt industry peaked in the late 16th century, when there were 216 salt houses.

In 1856 the last salt house closed, although there was an attempt to revive salt production in 1891, as this article about the Nantwich Salt Manufacturing Company tells us: 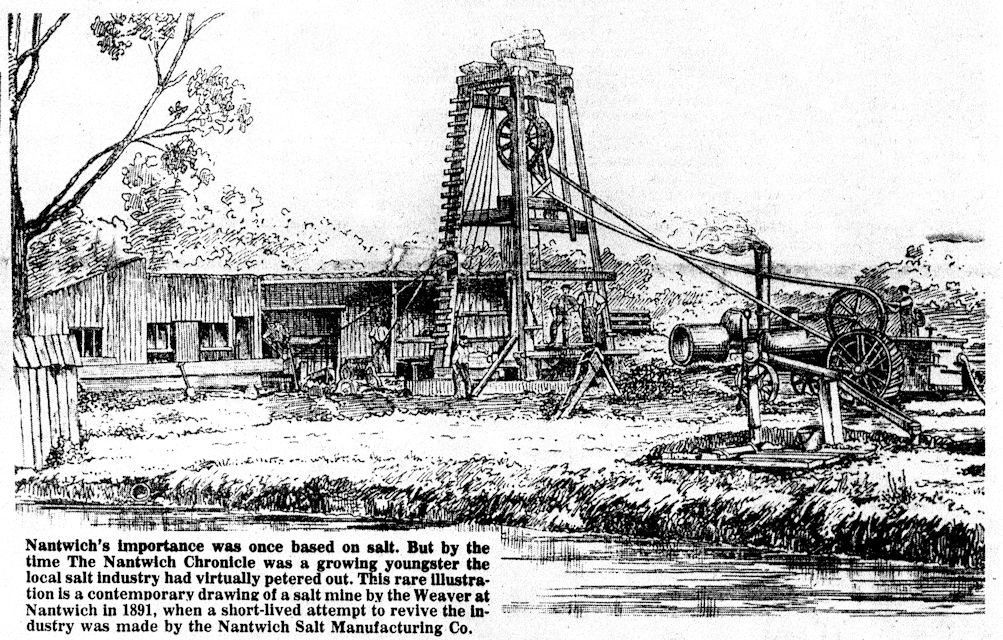